This easy recipe shows you how to make Instant Pot lamb shanks to serve with a tasty gravy.

Traditionally lamb shanks are slow-cooked in the oven, but this recipe shows how to pressure-cook lamb shanks in the Instant Pot.

This which significantly reduces the cooking time, and gives the same result, with delicious meat that falls off the bone. 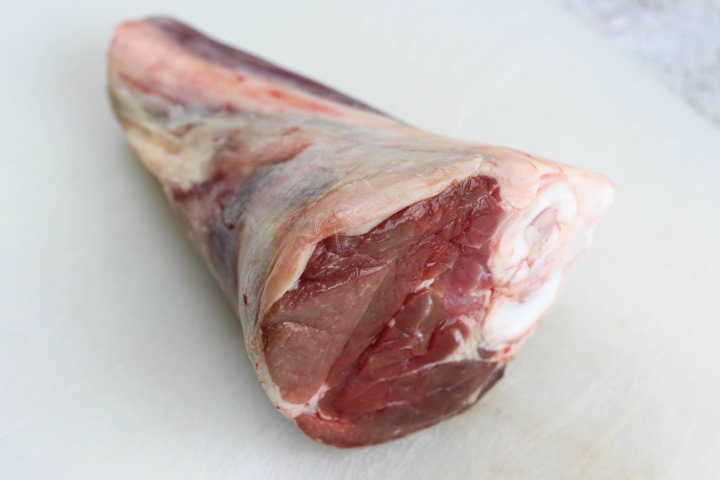 What are lamb shanks?

A shank is the shin part of the animal around the tibia. So it is the part of meat just above the foot of the lamb, which is a fairly cheap cut of meat and quite tough on its own. This is why it needs to be pressure cooked or slow-cooked to tenderise it. One shank gives enough meat for one person. 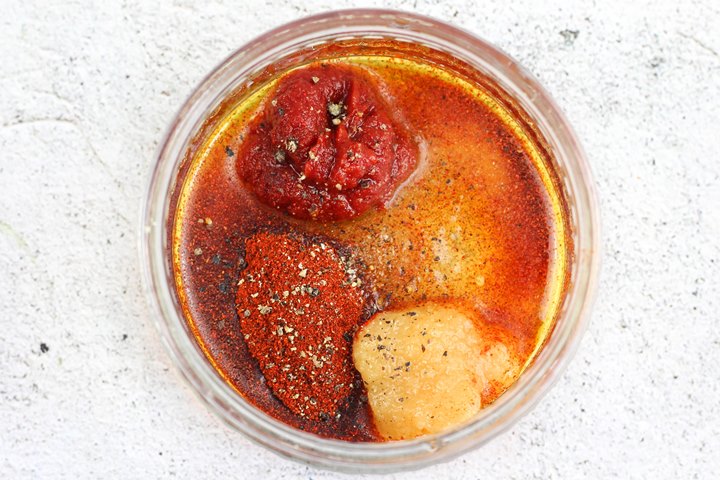 In this recipe, I just actually make one lamb shank, but you can use the same recipe if you wish to cook more shanks.

The cooking time remains the same, but you will just need to scale up the recipe on the marinade, vegetables and stock to suit. It may also take a bit longer to brown the meat and get up to pressure. 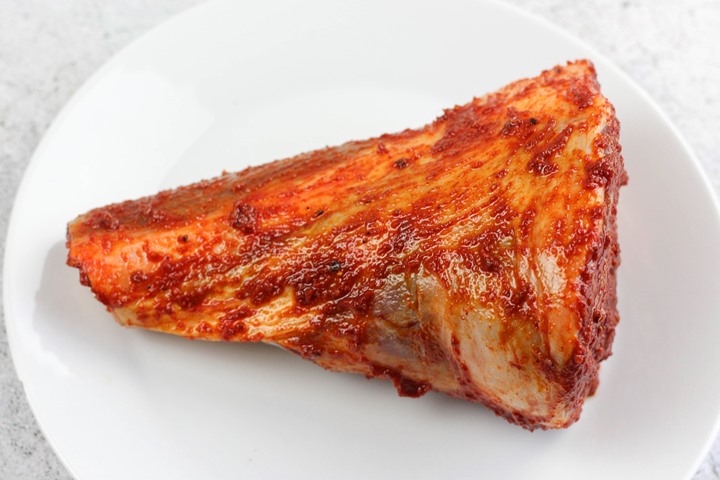 My Instant Pot is fairly new to our kitchen appliances, but we have now discovered its usefulness. It is a remarkable piece of engineering design, and if you are thinking: ‘is it worth getting an Instant Pot ?’ – believe me, it is. 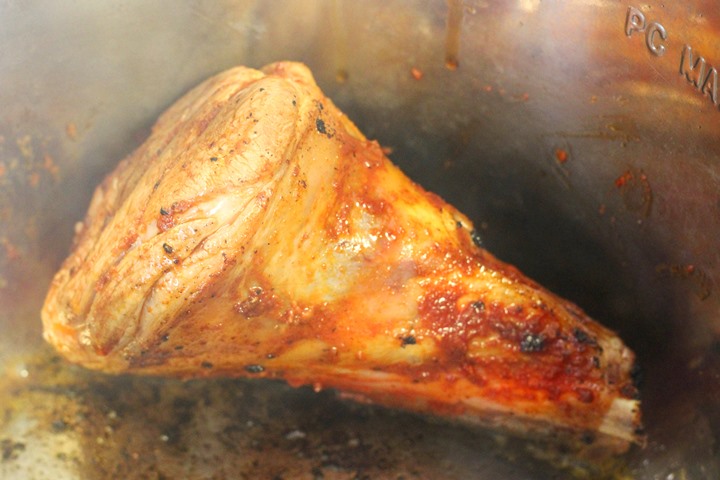 So if you do not have one already, maybe it is time to treat yourself. They are not that expensive and they make a great birthday present for someone who needs to make their life easier. 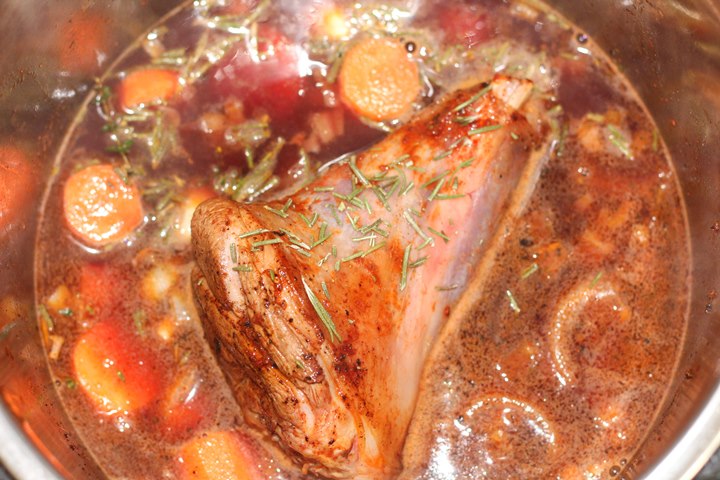 And not only that, you can set it to cook while you are away at work and come home to a perfect stew or whatever you have planned. There are some other Instant Pot recipe links at the end of this recipe.

What to serve with lamb shanks

Well, we like them served with creamy mashed potatoes (made with lots of butter) and some carrots with the gravy sauce as shown in the photos here.

But you could also add some petit pois (peas) if you want. The meat should be so tender that it falls off the bone and the taste is really exquisite. 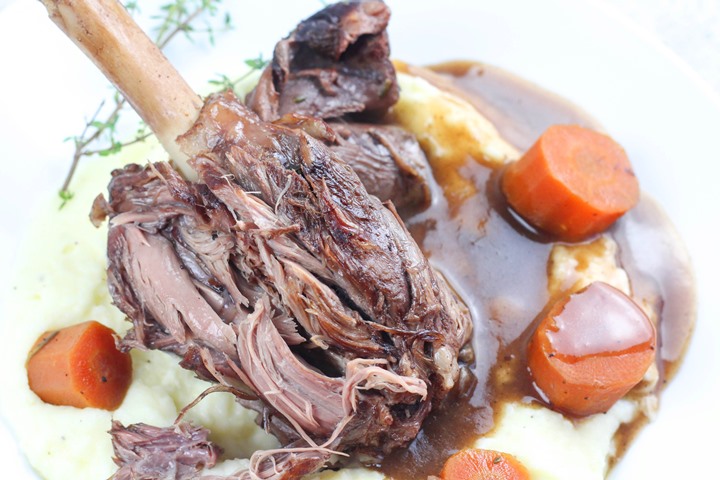 Lamb shank with meat falling off the bone

Lamb shanks cost about 3 – 4 Euros each where we live, so with this recipe you can have a restaurant-style meal for under 5 Euros which is just absolutely delicious and a little bit special.

I hope you enjoy making this dish. If you do please let me know how you get on in the comments section below.

How to make lamb shanks in the Instant Pot

Serve the lamb shank and carrots with some mashed potato, and pour some gravy on top.

And some other slow cooked recipes: