Do you know what the great thing is about proper baked potatoes? You can just throw them in the oven with only a minimum amount of preparation, and just take them out when they are ready. Preparation is very quick and easy and they just taste fantastic. Fluffy and soft on the inside and with a hard crispy edible skin on the outside.

What are the best jacket potato fillings?

Jacket potatoes can be eaten as a snack, an accompaniment or even as a main meal, with the right toppings and accompaniments.

How about trying with some Apple Cranberry Coleslaw or something similar?

What to serve with baked potatoes?

Quite often during the week I will make a boiled ham and serve it with jacket potato sides and some greens for dinner. The big advantage is that the potatoes can cook in the oven while the ham is being baked. This makes it a very easy family meal to make as there is not much preparation involved at all.

On Boxing day (or St. Stephens Day), the day after Christmas, we like to eat baked potatoes with baked ham and mango chutney – and maybe some re-heated brussel sprouts. delicious! 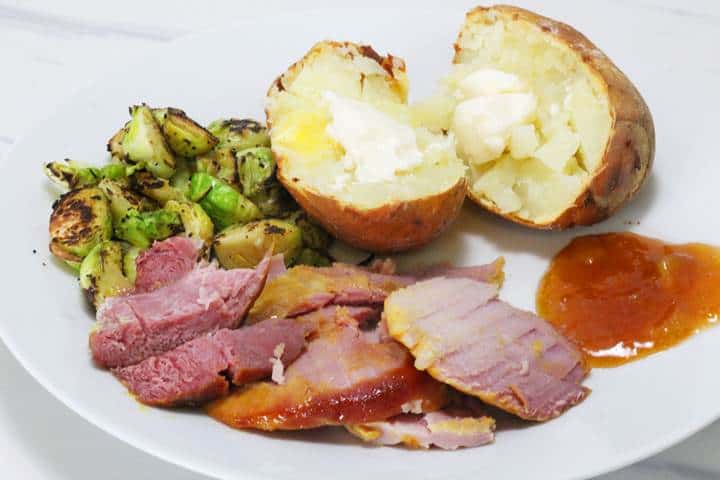 But really baked potatoes can be served as a side dish to any meat or fish dish, or just on their own. Why not try together with a tasty prawn cocktail and a baby leaf salad?

What are baked potatoes?

Baked, or jacket potatoes, are basically potatoes that have been cooked in the oven with very little pre-preparation. If you want some quickly baked potatoes, they can also be cooked in the microwave. [Put on full power for about 10 minutes]. However this will not give you a crispy skin, and we like crispy skins.

Can you eat the skin of a baked potato?

The potato skins can be really tasty, when they are nice and crisp. We do this by rubbing oil and some salt into the skins.

But be aware that the skins are quite nutritious, as they absorb the nutrients from the soil. But they also absorb pesticides so make sure you get organically grown potatoes if you want to eat the skins.

What is the Best Baking Potato?

Some potatoes are better than others for baking in the oven. Recently I have discovered Irish Rooster which are fantastic for baking. They come quite large, which is good as you do not need to bake so many, and they produce a very crispy skin which we all love to eat here. 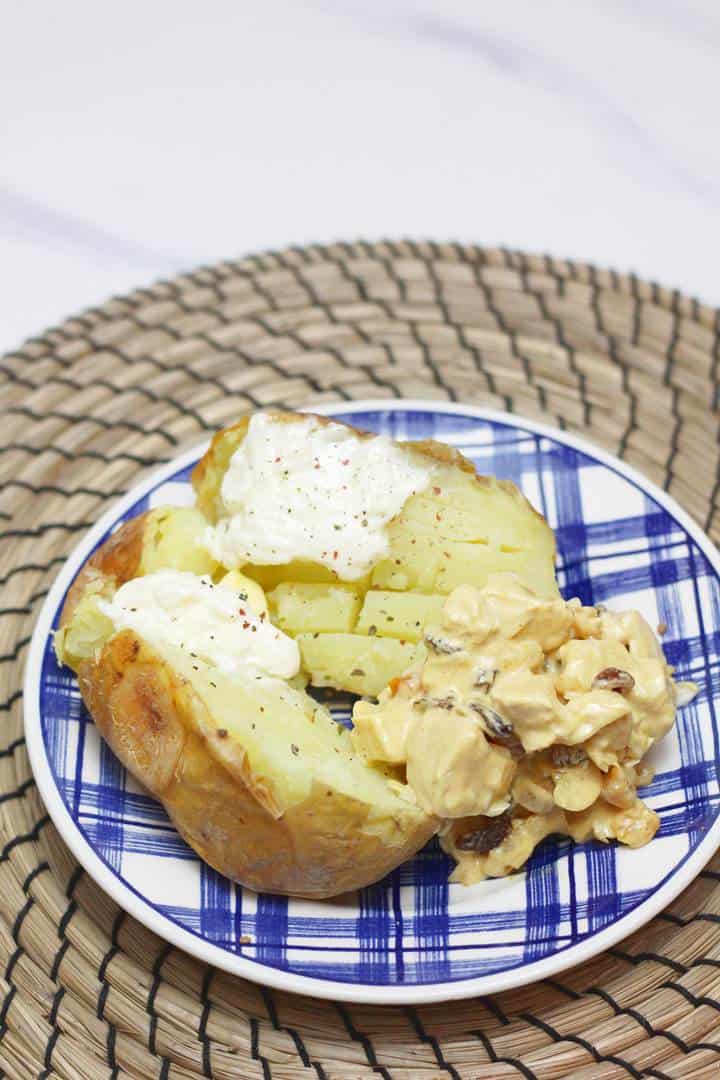 In this link to Gardener’s World you can find a review of 10 potato varieties trying to find the best baking potato. Obviously, every country has its own varieties or potato so you will have to experiment yourself to find the best where you live.

Obviously, in Ireland, where we live, the potato is an important part of the Island’s history. The potato blight in the 1800’s led to the Great Famine which caused an enormous amount of deaths and emigration from Ireland. Luckily now the population is not just dependant on potatoes, but back in those days, it was an essential part of survival.

Much Irish cooking still recognises that fact, as potatoes are still an important ingredient here. It is good to see that despite the terrible history here, the potato has survived through the generations, ever since potatoes were introduced to Ireland in the 16th century. 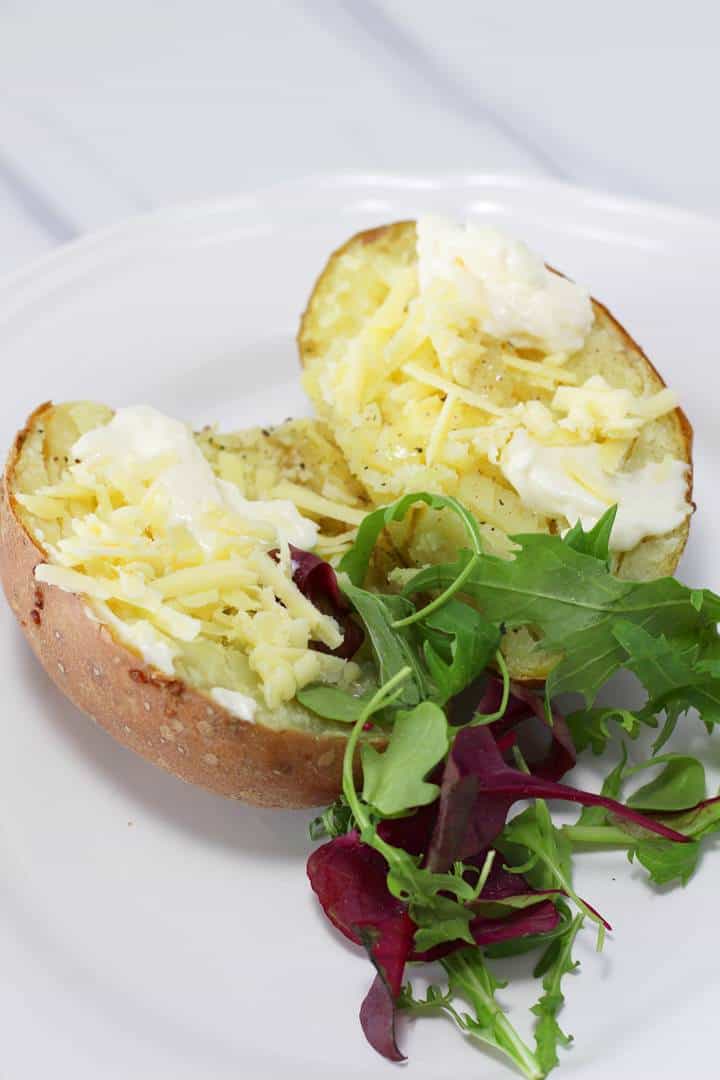 So if you are in need of a tasty snack or side dish, this is a great one to try.

How to make a jacket potato

Serve up together with whatever you want. Baked potatoes are so versatile, you can eat them with all sorts. Recently we made some to go with our BBQ, which was great.

You can also cook baked potatoes in the microwave, and although it is quicker, you will not get the perfect crispy skins on the outside.