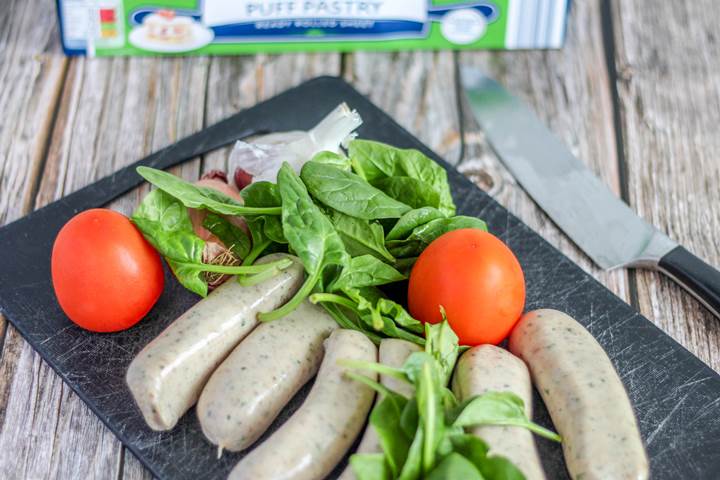 I was experimenting a little bit with size and shapes when I made these which is why my photos are not that brilliant, but believe me the results were great and everything went while it was still hot! 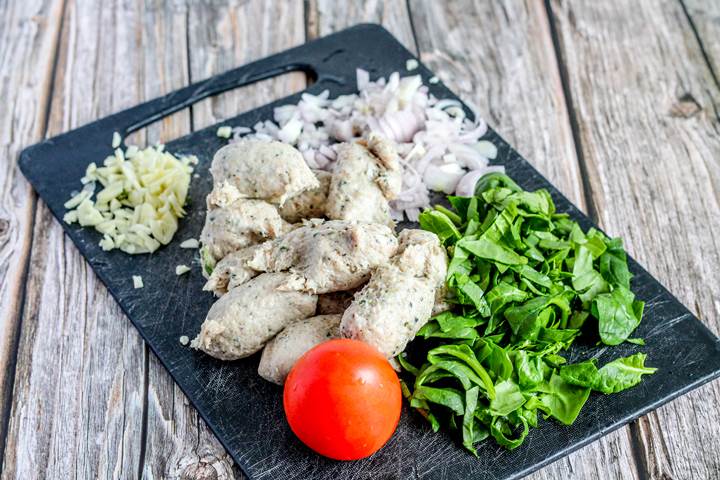 In this recipe for Irish Sausage Rolls the ingredients are based on some pork sausage meat (80% ground pork) from traditional Irish sausages.

I used some spring onion and black pepper flavoured sausages from Aldi that are just delicious. They already include some spices so you do not have to add much of your own. I squeezed the sausage meat from the sausages by hand.

In this sausage roll recipe, I have also added some garlic, tomato, spinach and mustard to spice them up a bit and add something different. 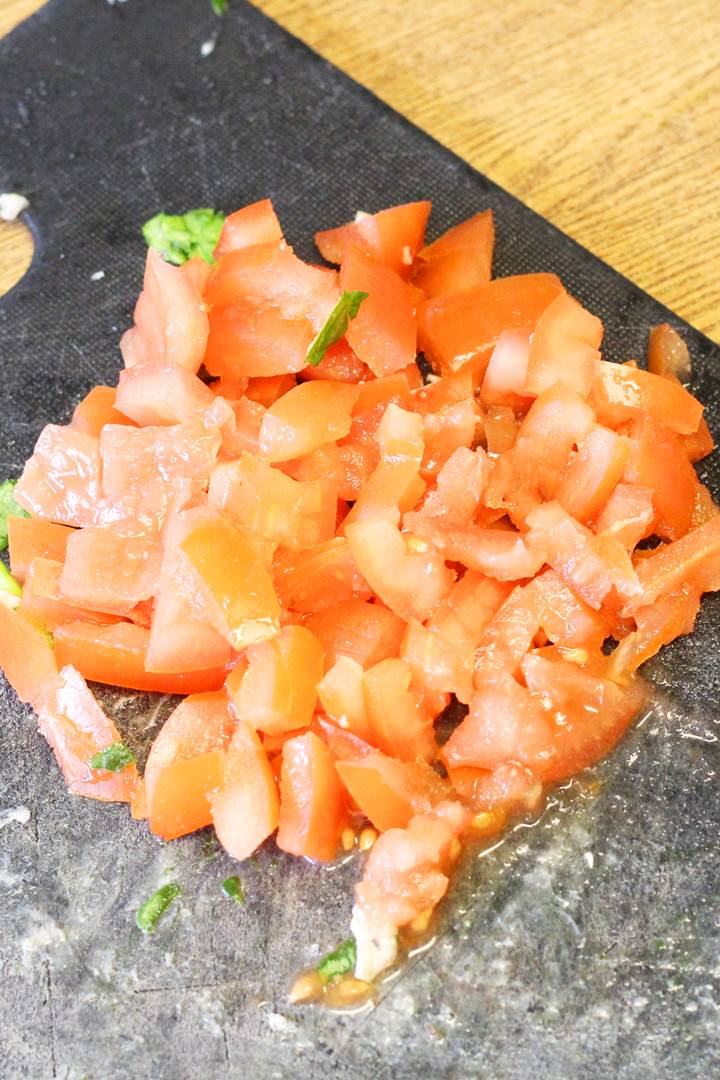 You could of course also add some herbs of choice, but I chose not to as the sausage meat was actually tasty enough on its own.

Shillelagh Irish Pub in the Hague

When I lived in the Netherlands I used to go often to visit the Shillelagh Irish Pub in the Java Street, den Haag, on a Saturday afternoon. 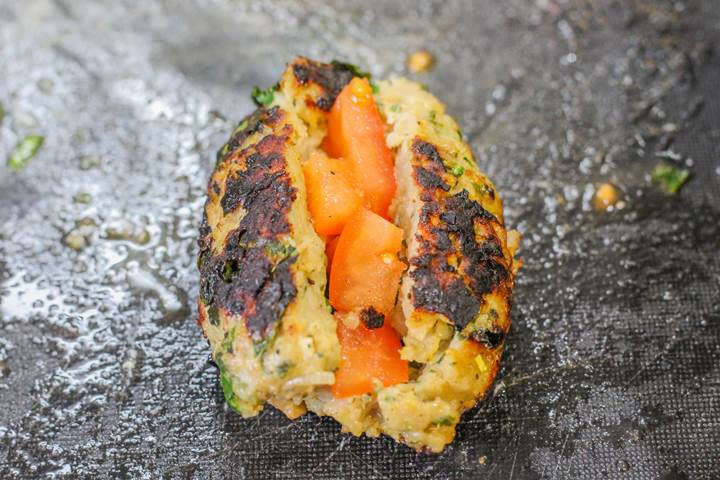 Add the tomatoes to centre of the fried meat

The primary reason was that they always covered the Six Nations and other international rugby matches and the pub would fill with ex-pats, and a great atmosphere. Especially on St. Patrick’s day!

The secondary reason was that they would serve up delicious homemade snacks at half-time. 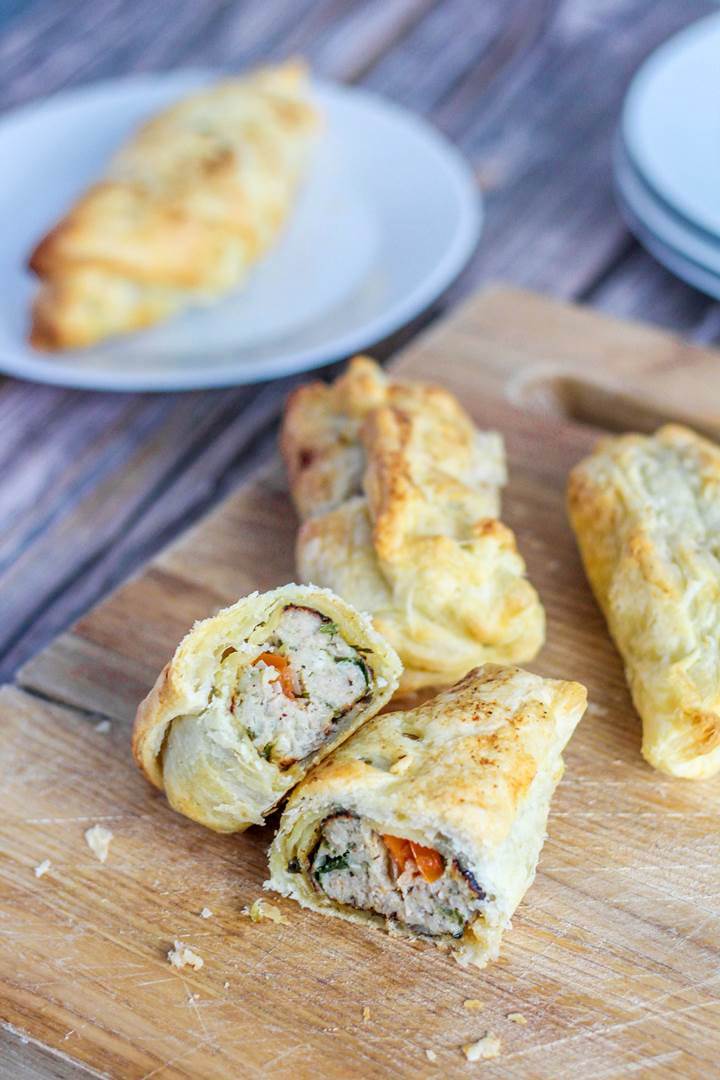 One of these were homemade sausage rolls, hot from the oven, that were just what the doctor had ordered after a few nice pints of Kilkenney. Great half-time food!

Unfortunately, it seems that the Shillelagh in the Hague is no longer in existence. A shame, as I have spent many a happy hour there over the years. 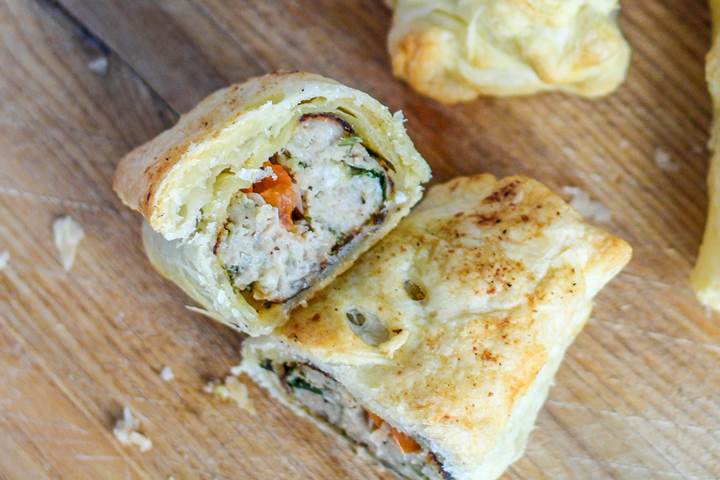 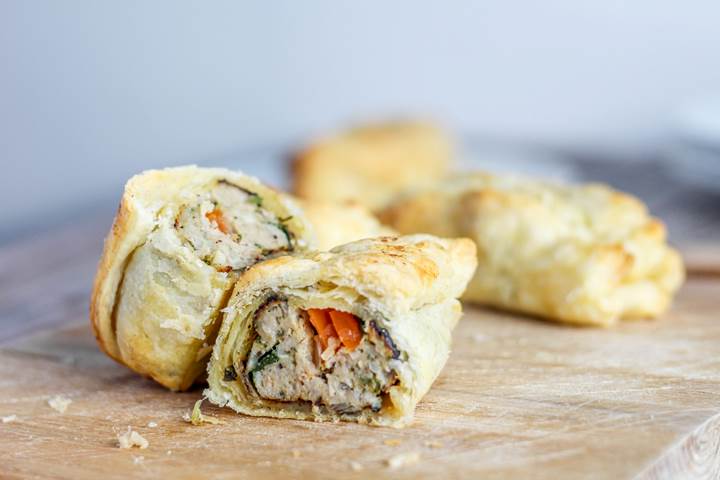 This recipe is not like the one used at the Shillalagh. It is a bit different. But it works and I hope you will try it.

It just depends on having a great sausage meat to use and a nice light puff pastry. 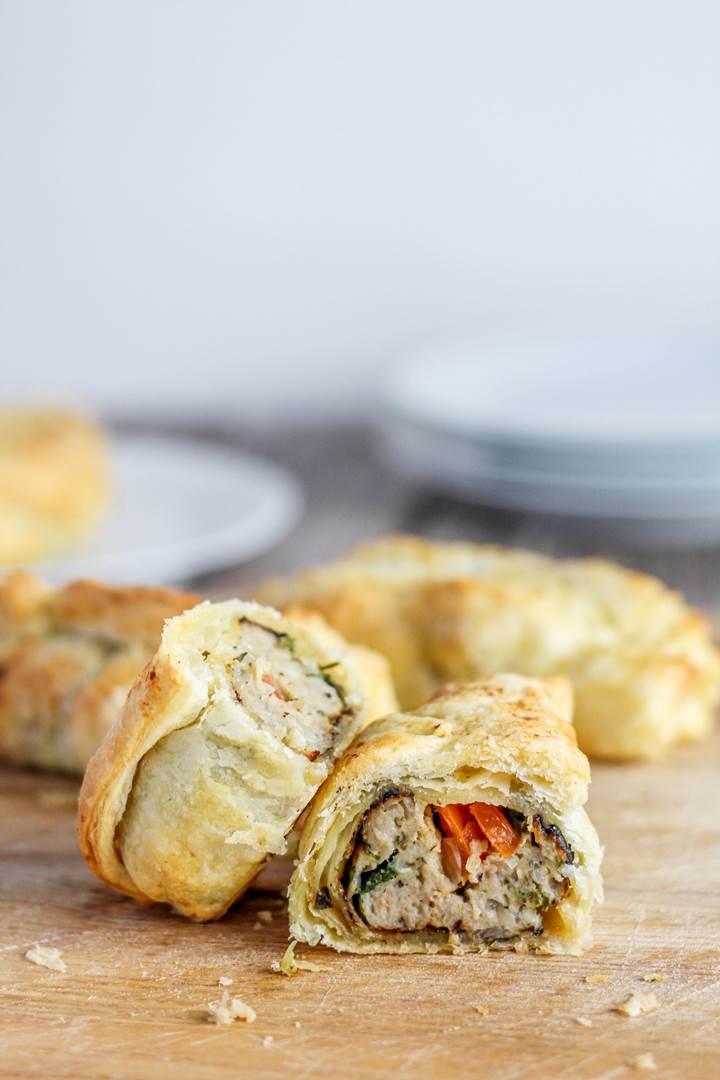 Irish Sausage Roll with a twist

Let me know how you get on!

Make your own sausage rolls

Serve up warm, but it is also great cold.