Toad in the hole with gravy

This is a recipe for a traditional toad in the hole with gravy.

Toad in the hole is a classic British dish, traditionally made with British sausage in a Yorkshire Pudding batter. Really it is just an excuse to eat more Yorkshire pudding, which we normally only get served now and again on a Sunday at the Sunday roast! 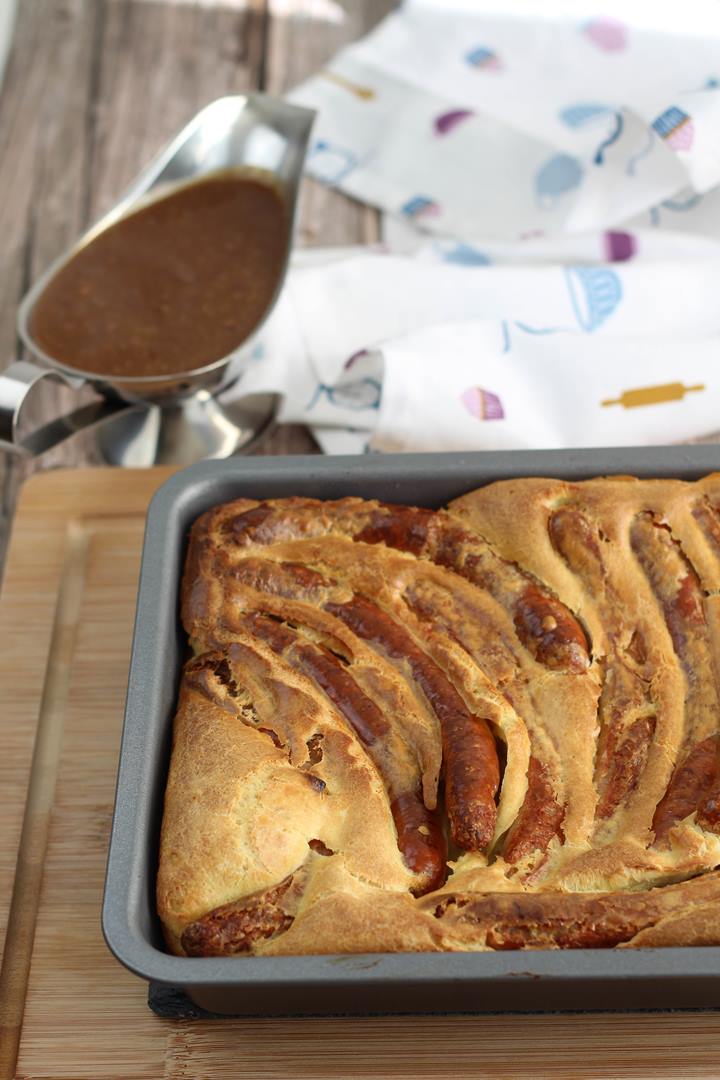 Toad in the hole with gravy

The sausages can really be any British or Irish style sausage. In these photos, I used some hand-tied Irish pork sausages from Aldi. But really you could use any sausage. 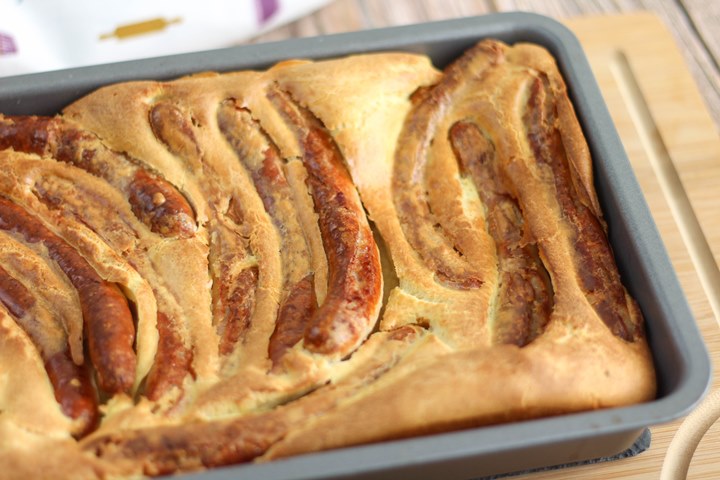 In fact, a sausage that gives off a bit of fat during cooking would be a bit better than these ones, as you need some oil in the tin to get the batter to rise properly.

If you do not have enough oil from the sausages, then add some vegetable oil, but let it get up to temperature before adding the batter. It needs to be piping hot! 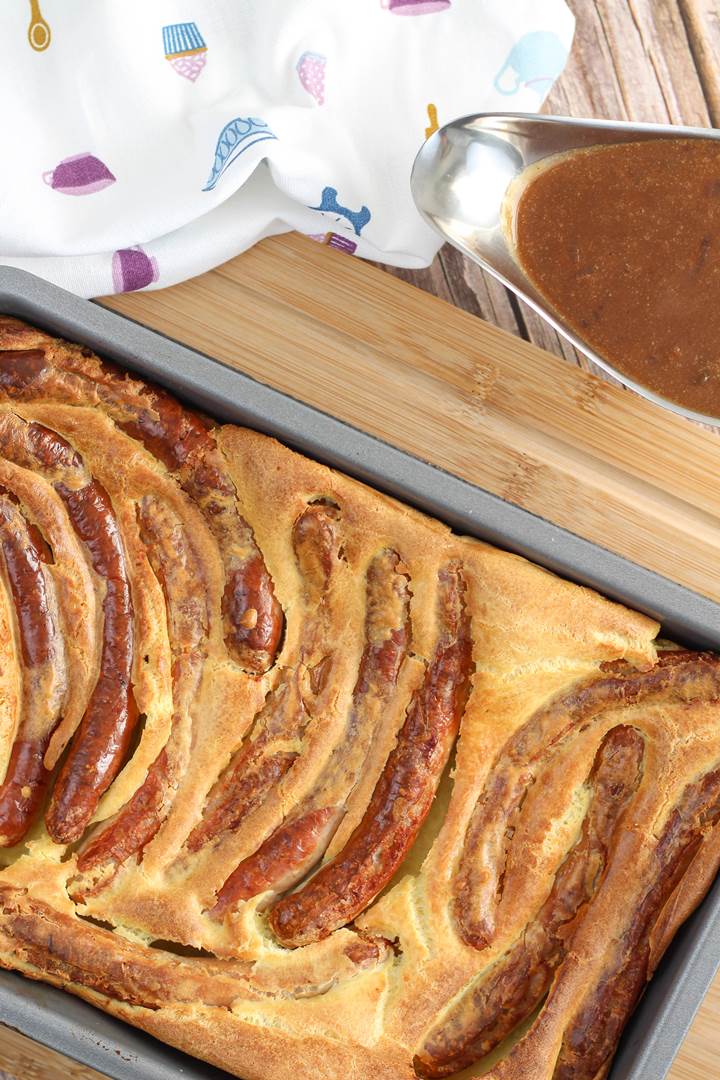 For the accompaniment to this meal, I have included a simple recipe for a red onion gravy. The gravy helps to add some sauce to everything, especially the batter. You cannot eat a Yorkshire pudding without gravy! Well, I can’t!

This hearty meal is another of those British classic recipes I remember from my school days. It was an absolute favourite of school caterers, as it was easy to make, and you just throw it in the oven until it is ready. Easy to time and minimal preparation. 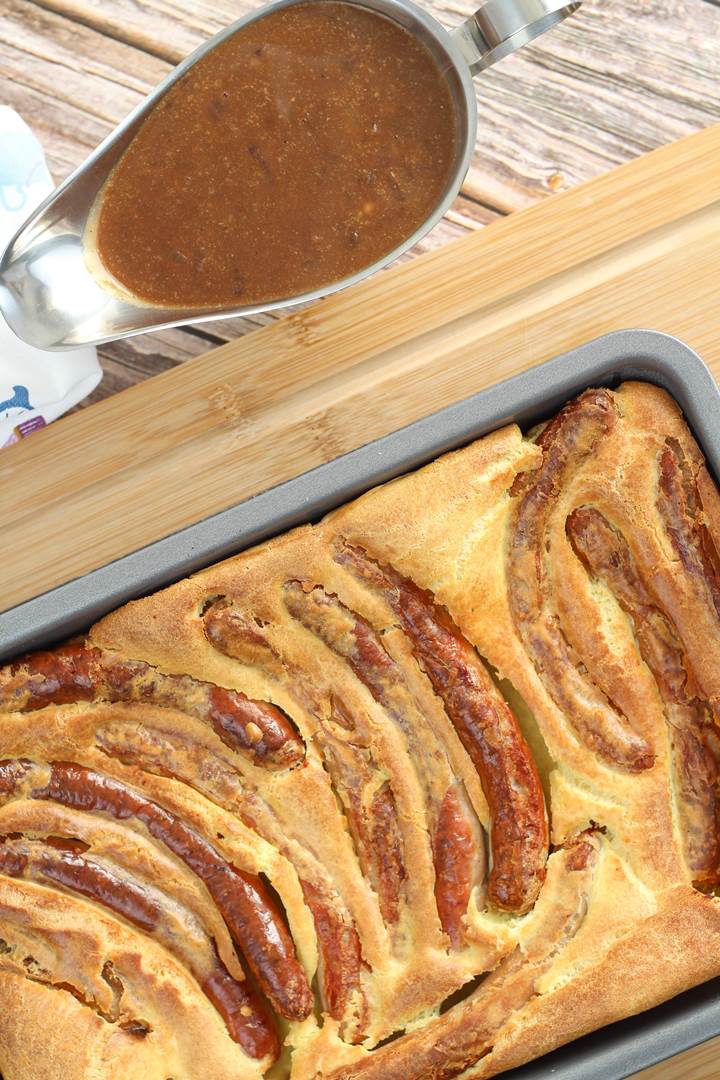 However, I must say that some of the toad in the hole that I was served as a kid had seen better days (I think they must have re-heated it or something!)

Anyhow, I hope you enjoy making it and look forward to your feedback below!

How to make Toad in the Hole with Gravy

Cut the toad in the hole into squares and serve with gravy on the side. Garnish with some fresh thyme if you have some.

Can be eaten on it own or served up with some tasty greens, like some cabbage for example, and some mashed potatoes.

Use a metal pan if you can, preferably enamelled, as they retain the heat well and you need the oil to be super hot to allow the pudding to rise (the batter is basically a Yorkshire pudding).