This easy recipe for a mushroom Sherry cream sauce gives you a sauce that you can quickly make if you need something tasty to accompany your steak. It is a bit different to a Steak Diane or a  Blue cheese sauce, and might be just what you are looking for.

In these photos below, I have served up sirloin steak with some pan-fried asparagus and fried potatoes. 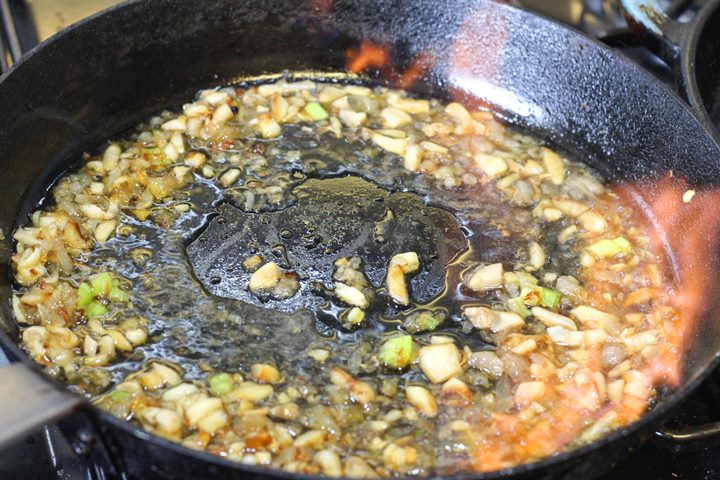 What is mushroom sherry cream sauce?

Well, this is really a sauce I developed out of necessity after I had run out of brandy to make a Steak Diane. We had some cheap Sherry from Tesco’s and I decided to try using that instead of Brandy.

The difference with the steak Diane recipe is basically the type of alcohol and the quantities. Here I used fewer mushrooms but I chopped them a lot smaller, and I used less cream in the sauce. But otherwise, there was not much difference in the process. 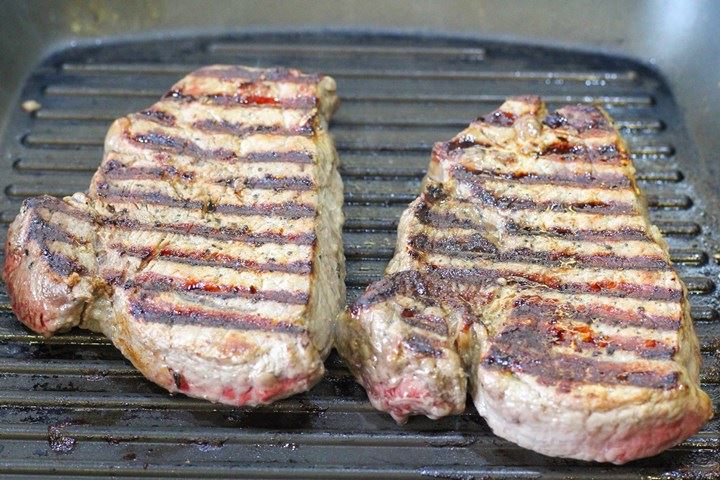 Sirloin steaks on the griddle

The taste was surprisingly different though, showing the importance of the alcohol ingredient. I personally prefer the Steak Diane, but my wife liked this version. They are just different. 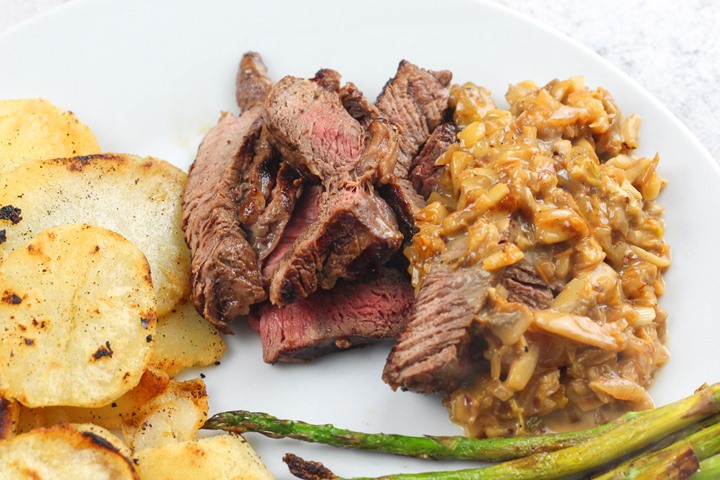 The Sherry, having a lower ABV of 17,5%, as opposed to a 40% Brandy, was also a little bit more difficult to light when flambéing the sauce, and it seemed to burn a bit slower. But it did light, and I was able to burn away the alcohol in the Sherry OK.

What to serve with a mushroom sherry cream sauce?

Well, this is up to you. I think it did go well with a steak but it could also be a good accompaniment to chicken or pork, as an alternative to a Dijon mustard sauce for example. 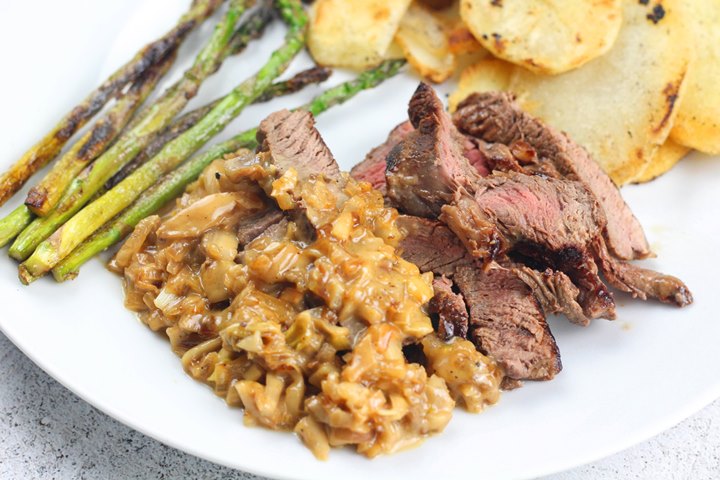 Many of these sauce accompaniments contain some form of alcohol and the type of alcohol determines the taste. If you have never tried a sherry sauce, then why not try it now?

If you do make this recipe, please let me know how you get on in the comments section below!

How to make a Mushroom Sherry Cream Sauce

Above quantities are enough for 2-3 helpings.

If you prefer more liquid in the sauce, use more sherry and cream.

Serve the sauce while still hot next to your steak.