This is a traditional cottage pie recipe that all the family will love. There are not many meals that get everyone’s approval more than this simple traditional Cottage Pie recipe.

This is typical British fare and we love it as we can cook a large batch which will keep us going for a while – it freezes nicely and reheats well. 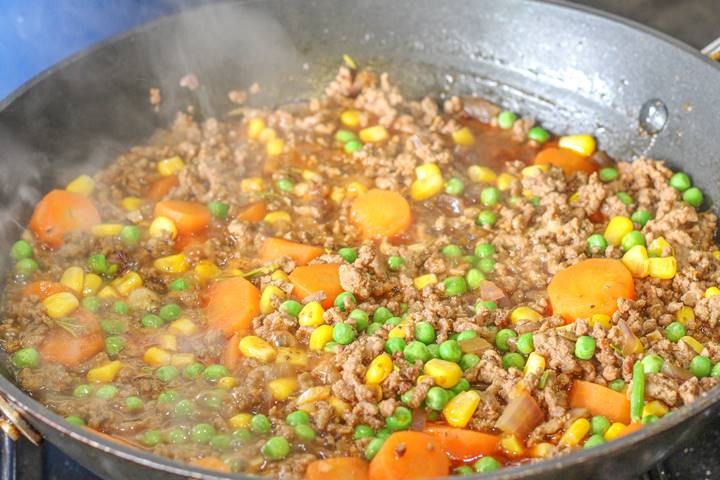 This recipe is a great meal prep idea. We make a large batch and freeze individual cottage pies in takeout foil pans in the freezer, which can be reheated in the oven during the week to feed one or two persons. We always have a couple frozen in our freezer waiting to be eaten! 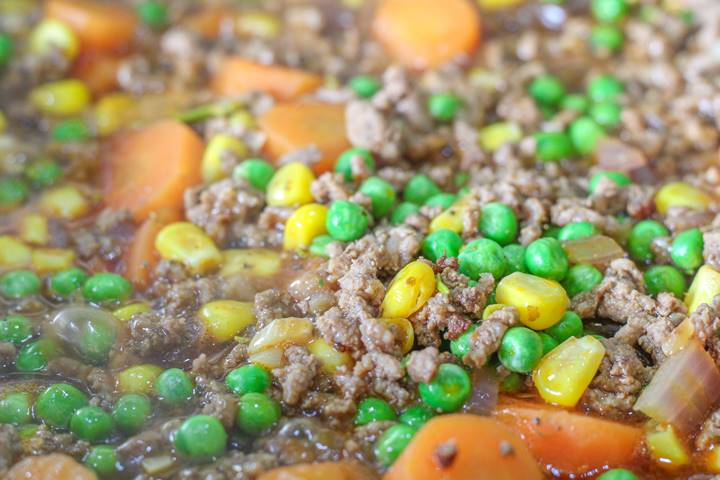 So to make a Shepherd’s Pie you just have to substitute the ground beef in this recipe for ground lamb. So this recipe also doubles up as an easy traditional Shepherd’s pie recipe! 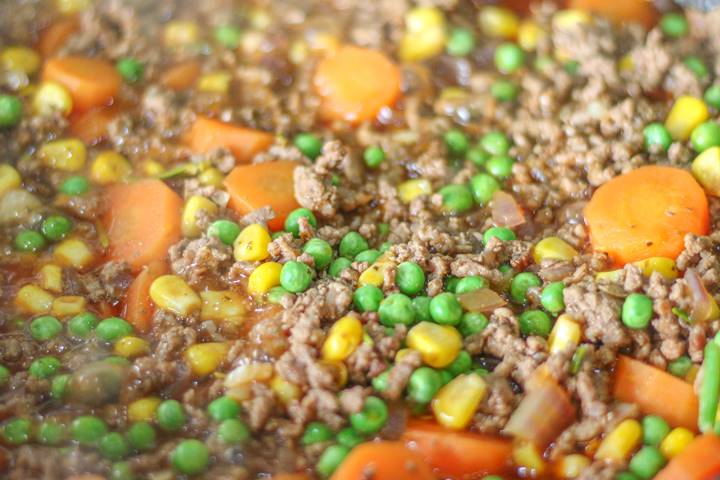 A little more on the origins of the two types of pie here: British pie origins.

There are several ways to make this dish. Some people use celery for example.

As we have some fussy non-celery-likers in this house, I have left this ingredient out, and to be honest, I prefer it like this.

We use carrots, onions, sweet corn and peas as the main ingredients apart from the potato and mince, but you are of course free to experiment.

You will find that I have included Marmite as a secret ingredient here. 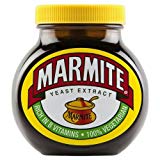 This is a really typical British ingredient and is just yeast extract that I use to cook in some of my recipes (try my marmite cheese toast, for example!)

They say you love it or you hate it. But all my kids were brought up eating it, and all of them still love it. 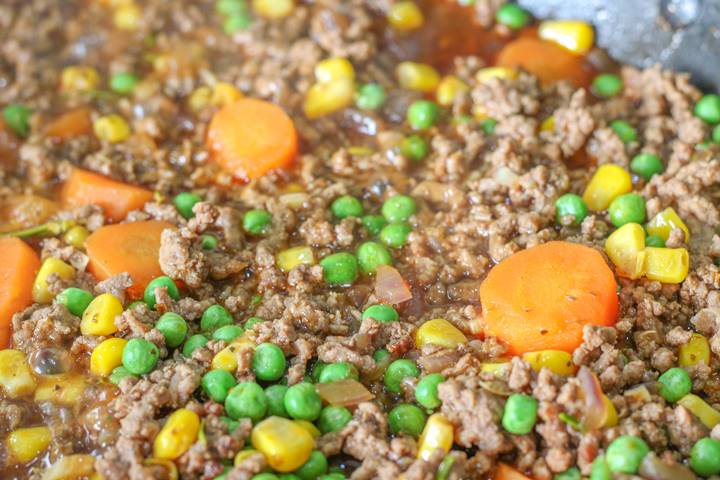 In Australia, they have a similar product called Vegemite. It is similar to Marmite, but all it does is add a bit of extra taste and saltiness to the sauce.

If you do not have it in the cupboard do not worry, you can leave it out, but I find it does improve the taste.

The secret to making this simple cottage pie recipe a success is getting it right with the amount of potato, and making a perfect mashed potato.

You need to have enough mashed potato to cover all the sauce so that it can cook nicely underneath the potato ceiling.

You are actually better off making a bit too much mashed potato.

Then if you do have some leftovers you can make some fish cakes, bubble and squeak cakes or potato patties later. 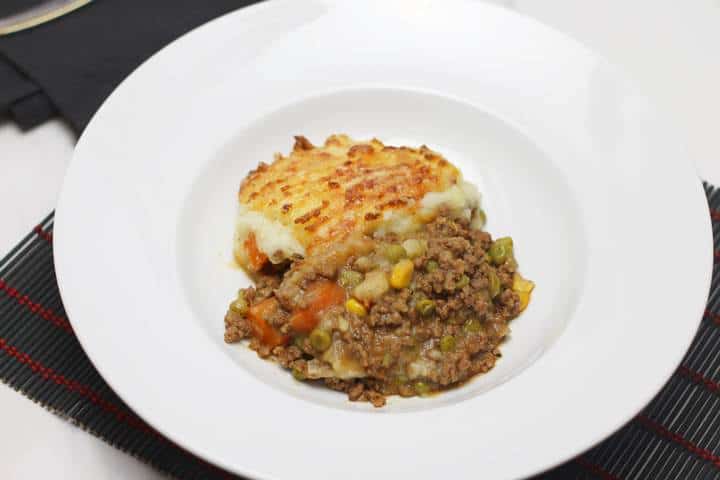 It just adds a bit of creaminess that is SOOOO good!

It is also nice if you can leave some peaks on the potato. This will give you some nice crispy bits on the top when it is finished.

This is a very tasty and easy-to-make dish that anyone can try, and it is difficult to get wrong. 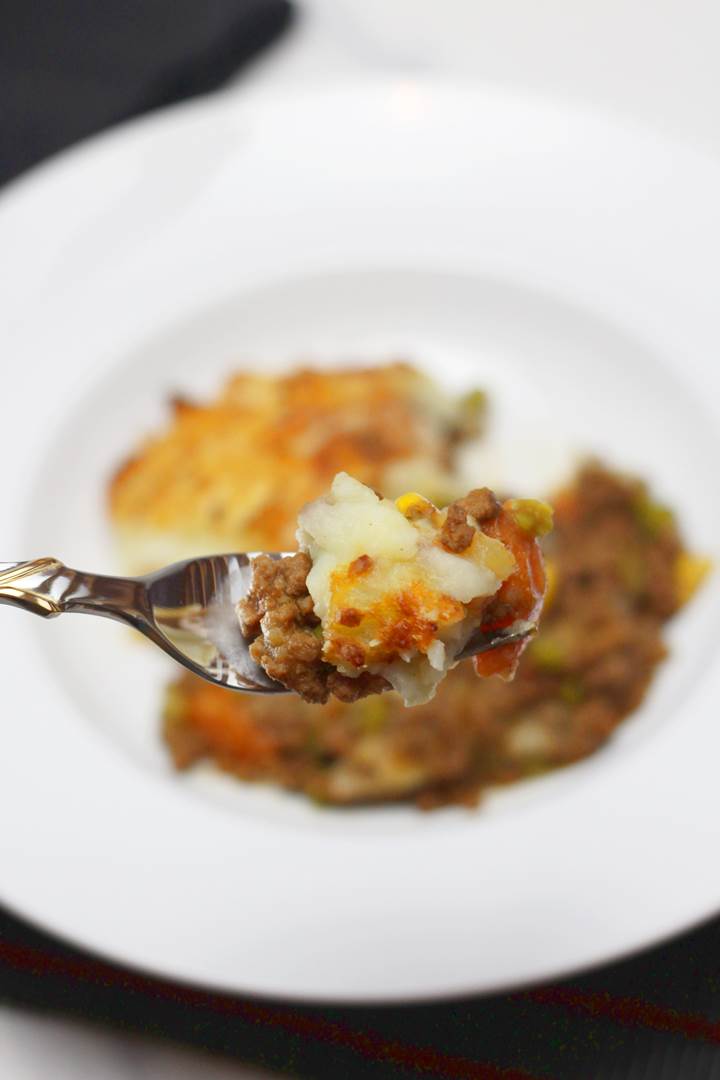 The quantities given below are enough to fill a 3-liter oven dish like the one shown in the pictures. This will give you 6-8 portions.

And again, if there is anything left over, it will keep well in the fridge or freezer for later.

If you need some all-natural, non-toxic, ceramic cookware to make this recipe in, why not try Xtrema? Get a discount by clicking on the banner below:

If you try this recipe, please let me know in the comments section below how you get on!

How to make an Easy Cottage Pie

If you get the meat sauce right, this meal needs no condiments. The vegetables complement each other perfectly and give a great tasting filling.

However, I must admit that it does go down well with some Heinz tomato ketchup 😃.

It was an easy winters night keeper and you were right that there was no need to use condiments and normally I’d be giving it a bit more sauce for boost but it was lovely and kind of shortened the quantity of meat to 400gms of mince and it filled a loaf pan with potato on top and browned the potato in the air fryer and enough for mince on toast tomorrow. Vegemite works well you don’t have to buy any of those other brands and of course the favour was better for it and used celery as well .

Of course, vegemite would do the trick. Celery also a good addition. Glad it worked out. You must be in Aus?